Donut be Seen Prototype. You can play the full game here:

A game made in 48 hours for Opera GX Game Jam

have You got it on android system?

Definitely challenging, but I really enjoyed it!

Cool! Such a unique and simple game!

Cute game! Love the sound design especially where the bgm intentionally starts on wave 2. Sometimes when the rockets and humans are placed together makes it quite frustrated (plus it's a time attack and insta-kill on sight). But overall great work!

I love it, it's really cute!

12 is my record. Very cute, simple fun! The controls are indeed tricky, which is the biggest problem. I love that there's multiplayer, although the UFOs could maybe stand to be more differentiated. Great job!

Thank you :^) I plan to make the aliens stand out more in the near future!

Looks really good and plays pretty well, too. The difficulty curve is a bit tough and the sight insta-kill takes some getting used to. Overall enjoyable :3

It's a cute little game! The scaling of difficulty was coming at a good pace for me until stage 6. I gave it ~5 tries.

I expect the controls will cause most players to make the mistake when stopping on the underside of the planet, they'll forget that the left/right is flipped. Having the planet rotating underneath the UFO instead could resolve that, but might make for a different game. The spotting would also sometimes be forgiving or insta-kill and so I was unclear exactly how to maneuver around that mechanic.

The face on the UFO is also a nice cute touch. It looks so smug after a successful scoop :-) 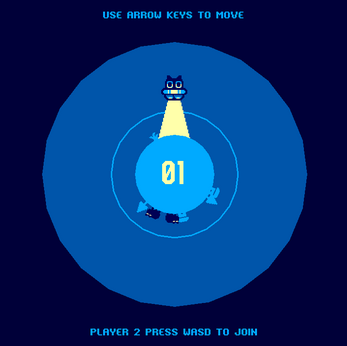 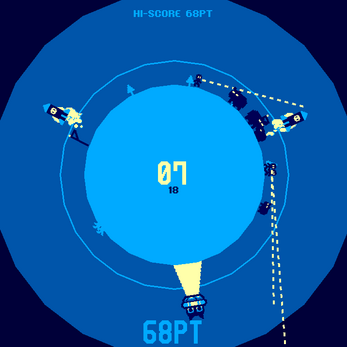 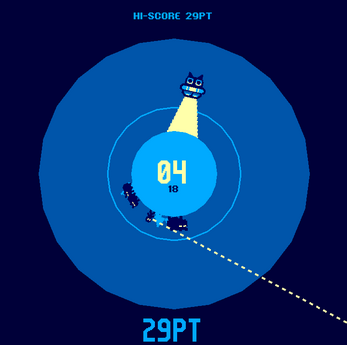